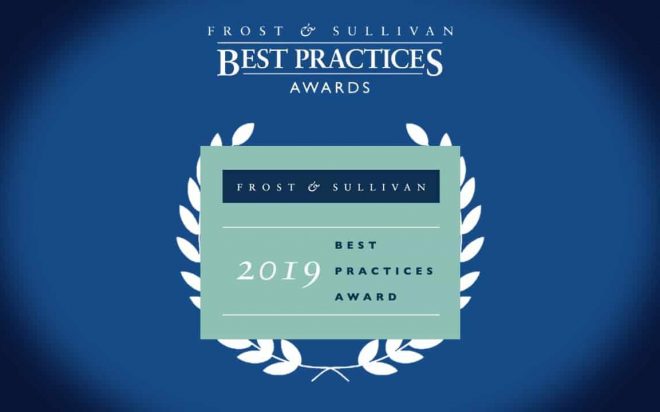 NAVYA’s proven track record, recently acknowledged by the RTA Dubai World Challenge as the designer and maker of the most reliable fully electric autonomous shuttle with the best consumer experience, enabled the innovative company’s rise to the top among the independent analysts from Frost & Sullivan.

“Since 2015, NAVYA has boldly pioneered the global expansion of its autonomous shuttles. In that time, it has earned public road approvals in countries such as Switzerland, France, Sweden, Australia, Japan, Canada, and the United States. Rather than playing it safe in a single market, NAVYA braved strict regulatory hurdles in over 20 countries and counting,” says Nicolas Inchaustegui. a Frost & Sullivan Consultant for Mobility, Automotive, and Transportation.

One example of NAVYA moving the proverbial needle on smart mobility in the United States is in its work with partner BEEP, an autonomous mobility solutions provider, on its Lake Nona project, a nationally recognized smart city located in Orlando who’s utilizing NAVYA’s AUTONOM SHUTTLE technology. Lake Nona has two shuttles in service that operate 8-hours daily on mixed use public roads, and recently moved its 10,000th passenger in just over 5 months of operation. Beep has plans in process to add additional shuttles and new routes in the coming months.

Since the company’s founding, NAVYA has focused its efforts across research & development, design, build quality and deployment with one purpose in mind: deliver the best fully autonomous shared mobility experience possible. Being the first to reach the market with its signature AUTONOM Shuttle, NAVYA proved its concept and its ground-breaking product by selling 160 vehicles in over 20 countries within five years.

“The entire team at NAVYA in both our French and American offices are proud to be honored with this award from Frost & Sullivan. It speaks to the ongoing dedication that every NAVYA employee has to realizing our vision of a fluid, safe, autonomous future where vehicles such as our AUTONOM Shuttle can help people and goods moving with less congestion and pollution,” says NAVYA COO Jérôme Rigaud.

The conclusion of the analyst report that accompanies the Frost & Sullivan award concludes that “NAVYA is an established market leader in the competitive autonomous shuttle space. While major participants, such as tech companies and OEMs, are working on developing a wide scope of offerings, NAVYA has focused its efforts on creating best-in-class autonomous shuttles for short-range transportation.”

To read the full text of the report, please visit: https://ww2.frost.com/wp-content/uploads/2019/11/Navya-Award-Write-Up.pdf