Navya Autonom® shuttles to undergo platooning demonstration at New York's JFK airport, first of its kind at an American airport 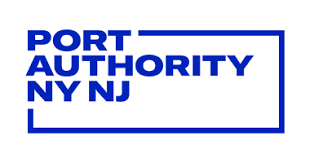 The awarding of a trial period to Navya is the result of a request for innovation as part of a new initiative from the Port Authority of New York and New Jersey, which manages all the airports situated in the two states, including JFK, LaGuardia and Newark Liberty International Airport.

It represents the first phase of what may become a larger initiative to use fleets of autonomous shuttles platooned together to better connect passengers to their destinations in an airport environment.

The two Navya shuttles will undergo an initial trial period of four days from October 17th to October 21st, 2022, as part of a pilot project that will take place in a specific parking area of the airport.

During that time various configurations will be put to the test, including the platooning of the Navya shuttles.

The autonomous shuttles will be operated by an on-board safety operator at all times and supervised by Navya’s control center in Michigan. The vehicles have eight lidar sensors and the pilot will be conducted in an area of the parking lot closed to the general public.

« This demonstration is an opportunity to evaluate and test new and emerging technology to improve our customer experience. We continue to see the importance of offering customers innovative, and world-class services in response to their needs. »

« The Port Authority has been laser-focused on cutting-edge technological advancements, and we are happy to be participating in this first-of-its-kind exploration of autonomous vehicle use in an airport application. Our innovation group is also in touch with other transit and airport agencies around the country to establish best practices in the use of autonomous vehicles to provide 21st century transportation options in the region . »

« We are delighted to be able to conduct a trial at an airport, which at the same time represents a first step in our collaboration with the Port Authority of New York and New Jersey. Navya’s shuttles are adapted to a large number of use cases, and airports represent a good case in point. Not only do our shuttles offer a solution for the transportation of people, but our Tract also offers the same for the transportation of goods. The trial will also provide an opportunity to demonstrate once again the strength of our hypervision technology. Our mastery of remote and platooning fleet management is already established in France, and we will be taking a further step forward by introducing it in the US. »

About The Port Authority of New York and New Jersey

The Port Authority of New York and New Jersey is a bi-state agency that builds, operates, and maintains many of the most important transportation and trade infrastructure assets in the country. For over a century, the agency’s network of major airports; critical bridges, tunnels and bus terminals; a commuter rail line; and the busiest seaport on the East Coast has been among the most vital in the country – transporting hundreds of millions of people and moving essential goods into and out of the region. The Port Authority also owns and manages the 16-acre World Trade Center campus, which today welcomes tens of thousands of office workers and millions of annual visitors. The agency’s historic $37 billion 10-year capital plan includes unprecedented transformation of the region’s three major airports – LaGuardia, Newark Liberty and JFK – as well as an array of other new and upgraded assets, including the $2 billion renovation of the 90-year-old George Washington Bridge. The Port Authority’s annual budget of $8 billion includes no tax revenue from either the states of New York or New Jersey or from the City of New York. The agency raises the necessary funds for the improvement, construction or acquisition of its facilities primarily on its own credit. For more information, visit www.panynj.gov or check out the Now Arriving blog.